With the start of the New Year and renewed optimism for the year ahead, the start of January is often the time when we decide to set out new goals and targets for ourselves. Unfortunately, by the end of January many of us have already fallen short of those good intentions. How are your New Year’s resolutions holding up?

Psychology Professor John Norcross has published extensively in the area of self-initiated behaviour change and found that approximately half of the population make New Year’s resolutions. Most of these include increased exercise, weight loss, quitting smoking and money management.

So why do so many people often fail after a such a short period of time?

Professor Timothy Pychyl states resolutions can be a form of motivation, however the reason for such a high failure rate is that he believes people aren’t actually ready to change habitually bad habits. Other reasons also include that the goal is simply unrealistic.

So how can we make goals realistic so that we do to try to follow through and achieve the targets set?

Before looking at the components of a good New Year’s fitness resolution, it’s important to think about what a goal actually is:

Goal setting can be defined as “the process of establishing an outcome (a goal) to serve as the aim of one’s actions” (Turkay, 2014).

Understanding that there are different types of goal will also help when laying the foundations for the New Year:

An outcome goal is focussed on the end result, or as the name suggests, the outcome. This type of goal is dependent on the performance of others. An outcome goal in a sporting context would be winning a race, or finishing on the podium of an athletics event.

A performance goal sets out a certain level or specific benchmark to attain. A performance goal would be running 10K under 50 minutes, or being able to do 25 press-ups in one go without stopping. Unlike an outcome goal, a performance goal is independent of the performance of others which means there is considerably more control over its success.

A process goal, as the name alludes to, focuses on skill execution and/or technique. How an action is performed is the primary improvement area and is not associated with the external performance of others. A process goal would be for a golfer to hold the correct level and position of their shoulders during a golf swing or improving the position of a swimmers hand as it enters the water prior to the pull element of freestyle swimming.

All these different types of goal have their time and place, but a word of warning with outcome goals: they can place too much emphasis on the end result and make you overly obsessed about getting to the destination, while forgetting to enjoy and learn on the way there.

Oddly, the outcome that was the original, primary motivator becomes the cause of negative behavior and mindset.

Focusing too much on the distant outcome can prove to be incredibly divisive, as your attention may turn to what you don’t have and the goals you haven’t achieved, encouraging unconstructive behavior. Oddly, the outcome that was the original, primary motivator becomes the cause of negative behavior and mindset.

In addition, proponents of process goals would say the process is about doing the right thing rather than focussing on the end result, because the right behavior will lead to the desired outcome.

THE STRUCTURE OF GOAL SETTING

Understanding how to differentiate between the types of goal will definitely help you to formulate your plan for the year ahead, but also adding an element of structure to your goal setting will create a type of checklist and element of accountability.

The acronym SMART is widely used as an incredibly effective way of defining goals in a clear, objective, structured, detailed way. A SMART goal must conform to the following criteria Specific, Measurable, Attainable, Relevant and Timely.

S – Is your goal specific – what exactly is it you want to achieve? How, when and where will it happen?

M – Is your goal measurable – what will it look like if you achieve your objective? What evidence will show you have been successful?

A – Is your goal attainable – can you realistically reach your goal? The whole point of a goal is to   be a challenge and something that will push you, but shouldn’t be impossible.

R – Is your goal relevant – is it personal and why do you want to reach it?

T – Is your goal timely – when will you achieve it? All objectives need a deadline, which will hold accountability to your actions and progress.

SETTING GOALS YOU WILL ACHIEVE

If a New Year fitness goal is SMART, can be categorised as one of the three types of goal, while understanding the potential advantages/disadvantages they offer, a challenging, fulfilling year awaits!

So while you’re curled up by the fire enjoying all that the festive season has to offer, take some time to reflect on what you’ve achieved in the last year and what you want to accomplish in 2018.

Choose a goal that matters to you, ensure your goals have a positive spin, don’t be deterred by setback, ensure your goal is SMART and that you know the type of goal and how that will affect the outcome. When it comes to fitness you really can achieve anything you want.

Ask yourself what it is that you want to accomplish. Be courageous, be strong, be clever, be confident in your own ability, be the hardest working person in the room and you will be successful.

Here’s to a happier, healthier and fitter 2018! 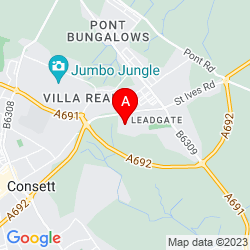